Netflix has taken over television with a treasure of entertainment which brings thrills and chills among binge watchers. Some may find its subscription heavy on the pockets but trust me, if you have enough time to binge watch, it is worth money. Moreover, you can start with a Free Subscription Month in the beginning.

I’ve just sorted some amazing series & shows for you to have a check in case if you’re binging for the first time.

With the second season released recently, Sacred Games has its own fan base. You must watch this series if you like mystery-solving plot. Sartaj Singh (Saif Ali Khan) gets an anonymous tip about the criminal overlord Ganesh Gaitonde’s (Nawazuddin Siddique) location and the chase begins. You will find this series getting more dangerous like cat-and-mouse game as you watch one episode after another. The series will take you on a tour on the lives of Sartaj Singh & Ganesh Gaitonde and how they are connected. Frankly, watching Season 1 will leave you curious to watch Season 2 which seems less exciting than first but the overall series is a great watching one.

With brilliantly screened standalone episodes, this Netfix original throws light on the unanticipated consequences of new technologies. It brings forward controversial and contemporary topics without fearing of censorship. Black Mirror reflects the relationship of humans with technologies. It will leave you with food for thought – “How we live now and the way we might live in 10 minutes if we are clumsy”. You will love to watch it and it will be an eye opener. Typewriter is a horror fiction short series which will keep you hooked from beginning till the end. The story revolves around a haunted house in Goa which has a connection with a book capturing the imagination of a group of wannabe ghost hunters. It will be a weekend thriller if you’re not planning to go out on any weekend.

An interesting comedy-drama series starring Natasha Lyonne as the lead, Russian Doll stars her as Nadia who is a guest of honor at a party in NY. She ends up getting caught in a mysterious loop where she finds herself repeatedly attending the same event and finds herself dying at the end of the night every time. The next day she awakes unharmed as if nothing happened. Watch Russian Doll if you want to binge watch and end up with time worth spent.

Love per Square Foot is a romcom movie starring Vicky Kaushal (Baba) and Angira Dhar (Rinaaz). Both of them don’t earn enough to buy a house on their own in Mumbai and they try to find one. The film will remind you of a Bollywood movie and many critics have reviewed it as “Love per Square foot for Mumbai is similar to Band Baaja Barat for Delhi”. The plot portrays the issues faced by the leads as they try to find a house as an unmarried couple.

If you want to know the insights about the reign of Queen Elizabeth II, The Crown will be a great time for you. 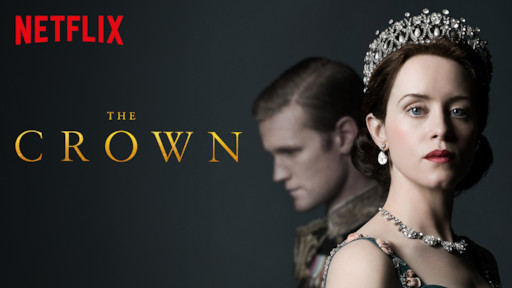 You will get to see the life of Queen Elizabeth II from the 1940s till modern times. From the early reign of the queen at the age of 25 when her father died, her marriage, personal intrigues, and political rivalries, everything is portrayed for you. An American Science Fiction Horror Web Television series, Stranger Things is all about a group of young friends who witness supernatural forces and secret government exploits. On searching for answers, they unravel a series of extraordinary mysteries.

Jen’s husband dies in a frightening hit-and-run accident and the widow gets determined to solve the crime. She meets a support group and finds friends in polar-opposite personalities. What keeps you hooked is the dark comedy exploring the weirdly funny sides of grief, loss and forgiveness.

Of the series listed above, you must have heard about some of them. You may have seen them in memes too. So, it’s a good time to start with one now! Do share your views on the series below when you watch them.