by Avni Rathod 1 year ago1 year ago
77views

Upcoming 2021 Festivals that women can enjoy!

Every year, Indians celebrate a variety of festivals. Each festival is held for a specific reason and has religious significance. Most of these events place a high value on women. Women have a vital part in all aspects of the celebration, from planning to the actual day.

To know more about the role of women in the upcoming festivals, read along. 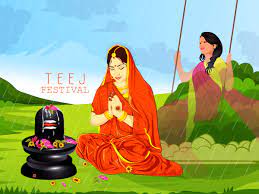 Teej is one of India's most popular festivities. Teej's monsoon festivities are dedicated to Lord Shiva and Goddess Parvati, the heavenly pair. Married ladies fast in order to wish their husbands a long life and good health. Simultaneously, unmarried women fast in order to attract a spouse like Lord Shiva. Women apply henna and dress in the finest red saris. The festivities are followed along with women dancing to folk music. As a part of the celebration, swings are tied to huge trees, and women swing on them merrily.

Raksha Bandhan is the festival where the bond between brother and sister is celebrated. According to legend, when Yamuna tied a Rakhi to Yama-the god of death, Yama granted her immortality. And he is supposed to have been so moved by the gesture that he vowed that every brother who tied a Rakhi and promised to defend his sister would likewise become eternal.

The essence of each of the festivals lies in celebrating women. Women hold a great deal of importance in the culture where they impart values and help in the preparation of each festival. 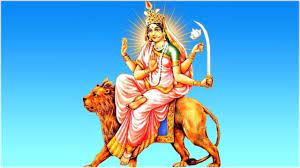 Navratri is the festival of nine nights where people worship Goddess Durga. The essence of the festival lies in celebrating all the pious avatars of the goddess Durga. In Gujarat, people celebrate this festival by performing Garba in concentric circles around the idol of goddess Durga. Women are cladded in ethnic attire and jewelry. While in other states like West Bengal, Assam and Odisha, Durga Pujo is celebrated to worship goddess Durga.